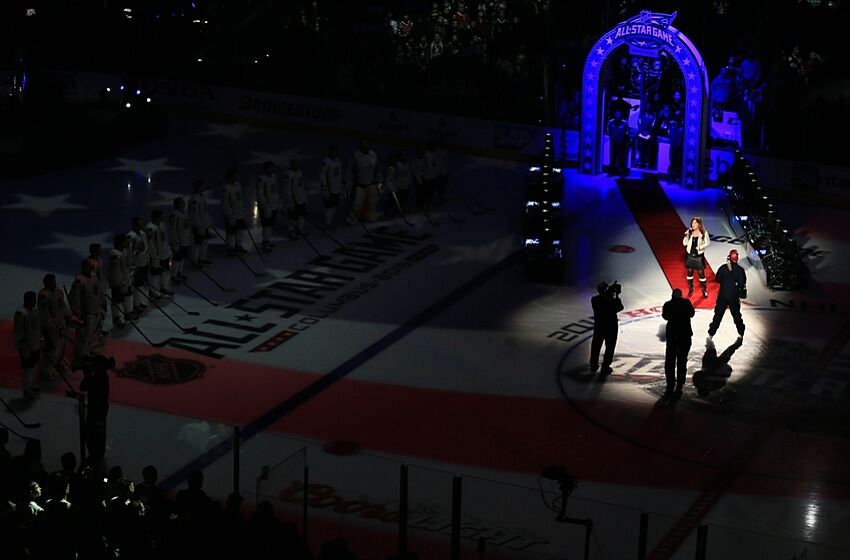 Colorado Avalanche center Matt Duchene is the team’s representative for All Star Weekend. Find out what’s in his swag bag.

There are a lot of reasons to want to be an All Star. For one, such an honor is always attached to your history, as in, “Colorado Avalanche forward Joe Sakic made 13 All Star appearances.” (True story, and WOW!)

Likewise, as controversial All Star John Scott pointed out in his excellent article, the players chosen represent a tiny fraction of the already elite pool of NHL-worthy players.

Additionally, the All Star Weekend is almost as much of a break for the chosen ones as it is for the, well, unchosen ones. The competitions and games count for nothing, so players can relax and just have fun. (I’m pretty sure Washington Capitols star Alex Ovechkin was drunk for the majority of the festivities last year.

Probably most players don’t love the All Star weekend just for the swag. However, it’s always fun to get a present. And this year’s All Star swag is not only luxe, it’s got a definite Nashville flavor to celebrate the host city of the event.

According to Scott Ramsey, the president and CEO of the Nashville Sports Council:

“You want to celebrate the players and give them a memorable experience so they will look back at the all-star experience in Nashville as unique.”

The swag Colorado Avalanche center Matt Duchene is getting is certainly unique. First of all, there are several snacks particular to the area. All Stars receive a Goo Goo cluster, which is a candy made of caramel and marshmallow nougat. Likewise, local businesses such as Savannah’s Candy Kitchen, The Peanut Shop and Christie Cookie Company, have provided treats. These treats include two cookies, a praline, chocolate-covered almonds and caramel corn.

Here’s the presentation of the basket:

Another feature of the All Star basket is a craft beer brewed especially for the weekend. Yazoo Brewery in Nashville produced a limited edition brew of their wheat beer called Winter Park American Wheat beer. According to Yazoo’s brewer in chief:

“This is a classic American wheat style with 50 percent pale malt as well as west coast Citra and Lemondrop hops that are added late for floral and citrus aromas and flavors. It has a chewy backbone, though, that I think gives it enough body to hold up to the cold.”

Yazoo only made 80 barrels of this batch.

Likewise, the basket includes a sleeve of Bridgestone golf balls with the Winter Park logo. Winter Park is the name of the complex in Nashville hosting the events.

The absolute highlight of the swag, though, is a personalized Gibson guitar. That’s right, All Stars receive a gold-plated Gibson electric guitar. The guitar features a metal nameplate with the All Star logo. However, it also features the player’s name on the face.

I’m pretty sure that, while Colorado Avalanche Matt Duchene might appreciate the other treats in his swag, he’s going to love his new electric guitar. His passion outside of hockey is playing the guitar — he even performed at a few summer festival in his native Canada last year.

Today is the All Star Media Day. The skills competitions are tomorrow, and the three-on-three tournament is Sunday.