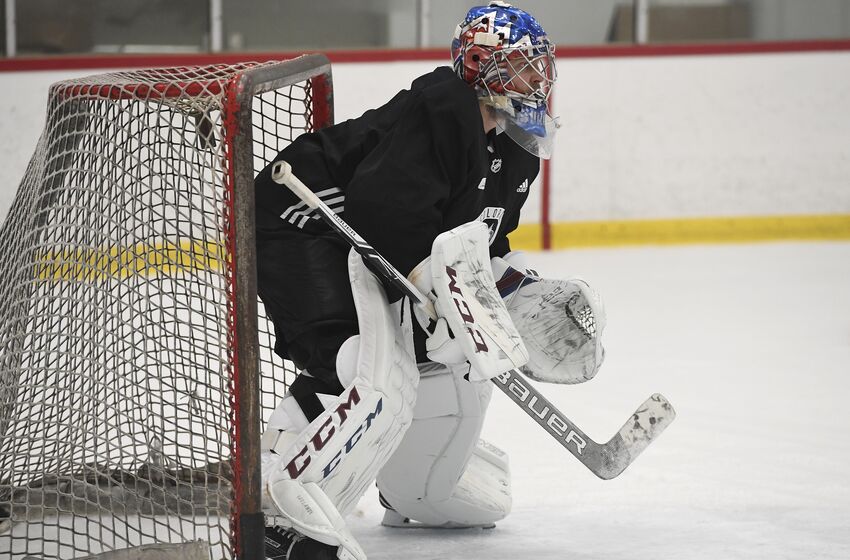 Colorado Avalanche players and prospects are already practicing at the team’s practice facility. So far, the practices are pretty casual.

Colorado Avalanche players have inspired us to stop asking, “Is it October yet?” The answer is, “It doesn’t have to be.” Here, in the middle of August, they’ve already taken to the ice.

Naturally, they’re not playing any games yet. However, some of the players have already started practicing on the ice at the South Suburban Parks and Recreation, which is their usual practice facility. They have the ice booked every day 10 am starting this week and going through the start of preseason on September 18.

The week prior to that, September 10 through 15 is likely the time for Colorado’s rookie and training camps. They have the ice booked on the following days:

Thursday, September 13 is likely the day the Colorado Avalanche veterans have to report to camp for weigh-ins. Monday and Wednesday are either rookie camp or captain’s camp — or both. Friday and Saturday look like training camp days. Sunday, September 16 is almost certainly the day the Avs will hold their Burgundy and White intra-squad scrimmage.

Defenseman Conor Timmins is Colorado’s second round draft pick from 2017, 32nd overall. Josh Anderson is their 2016 third rounder. Igor Shvyrev is their fifth-rounder from 2017.  Martin Kaut, of course, is their first-rounder, 16th-overall, from this summer.

Timmins, by the way, may be wearing #18 this season. For some reason that’s considered bad luck in Avs Nation. Apparently players wearing that number are either bad or traded too soon. Here are the list of Colorado Avalanche players who have worn that number:

With the S.o.o. Greyhounds Timmins wore #21, which, of course, is a retired number here.

Anyway, some NHLers arrived. First, there was Semyon Varlamov. Next came Erik Johnson and Colin Wilson.

Here’s some video from the casual practice:

Here’s your August hockey update with Varly in net. pic.twitter.com/Esi6rDdDNF

To be honest, I was a little surprised to see Erik Johnson’s name on that list. Just a couple days ago he was in Del Mar, California, watching one of his horses win the Del Mar Racing opener:

Look at those teeth. Apparently being a racehorse owner necessitates having all your choppers. I’ll bet money Johnson wasn’t wearing his bridge on the ice today.

Anyway, the Rookie Showcase starts in just 2 1/2 weeks. Colorado Avalanche prospects will be participating in the four-day event. After that come the camps and preseason.

Hockey is upon us, Avs Nation. Like I said, we don’t have to ask if it’s October yet. Just head on down to South Suburban where at least NHL practice is taking place.